I haven’t worked since May 25th, and I don’t work again until June 6th. This has been something I’ve been looking forward to for a long time. A real vacation. A few days off to start, a road/boat trip, and a couple more days off before venturing back to my professional life. Vacations are necessary to keep the working man/woman sane. To refresh the mind, body, and soul – and really just to get a break from the routine. This “vacation” is different though, it seems.

In past years I’ve had no problem laying on the couch for an entire day and doing absolutely nothing but movies/computers/video games. This time however, I can’t relax. Something is definitely wrong. For starters, I have woken up earlier over the past few days than I would on a normal work week (without setting the alarm, I may add). I have no explanation why it is so difficult for me to get up at 7 a.m. normally, but then wake up bright eyed and bushy tailed at 6 a.m. when I’m supposed to be on vacation. It literally makes no sense.

That’s just the start though. Over the last couple days I’ve been extremely motivated to “do things”. I’ve done more work than I can probably even remember (u.l.):

I’m just a couple days in now – so I guess we’ll see what happens. I’m definitely making it a point to not work the whole vacation away. Overall though I am definitely enjoying the time thus far.

p.s. Terminator 2 is actually quite a profound movie upon re-watch. I hadn’t seen that movie in years – And was surprised at how much of a real concept it conveys. It’s not just an action movie, that is for sure. Miles Bennett Dyson

May 18th, 19th, and 20th resulted in one of the finest weekends on record. Payner’s wedding weekend finally came and went, and in standard traditional Vanhood fashion- It was a fantastic weekend.

It was good to get out of town for awhile. I don’t get over on the east side of Michigan very often so it was good to venture out. Payner and Erin picked an awesome hotel for starters. We shut up and swam, we did a little drinky drink, and overall the hotel was a nice comfortable place to be. However, it really did reminded me of “Hotel Dusk”- Complete with Dunning.

For the actual Wedding things went very well also. It was nice to just be a part of a wedding and not have to worry about being the ‘groom’. Being a part of the wedding party was a first for me, and it was definitely an honor. Payner and Erin’s families are both really very nice. It was a comfortable and genuine Wedding, and I had a great time being a part of it. To recap: Riding in a stretch Ford Excursion limousine is never bad. Filling flasks before the Ceremony and emptying them immediately after is never bad. Kissing Payner in front of 250 people isn’t bad. Hands behind the back was bad. People who kick Vanbergs’ tripod are bad. Courtney the Driver is definitely not bad.

Then came the reception. When Vanhood mixes with open bars, planets align for interstellar epicness. Vanbergs invented the sparkling white russian. Enfuego started the Margarita trend. I took approximately 275 pictures. Vanlandw sang Def Leppard. Enfuego encored Livin’ on a Prayer. All present parties seriously danced the night away. Sharing 12 dollar cigars with Payner’s father was awesome, the drinks were awesome, the food was awesome, age differences are awesome, white balancing on russellteee is awesome, the reception was seriously just Vanhood.

The weekend was capped off with a breakfast in the hotel’s restaurant where they served a pretty decent brunch buffet. Kudos again to the Weber’s inn for seating all 14 of us in the ‘Bar’ which was not even open. lol.

Congratulations to Payner and Erin. Best wishes to the both of you, and thanks for putting on a fantastic weekend.

*EDIT* I’ve started an album here for posting some images taken with the new digi. *EDIT*

Below you will find a picture of the new picture creating device that I purchased yesterday: 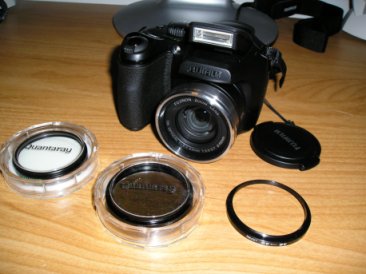 I have been craving a new digicam for some time now… and have finally arrived at this wonderful piece of electronics – The Fuji S700 (AKA the S5700).

This camera was a perfect buy for me because it gives access to advanced features while not destroying your bank account as bad as a Canon or Nikon. Given the lighter price tag, i did alot of research on this device and found only overwhelmingly positive user reviews. My decision was further solidified by being able to take a detailed look at Mickeyvb’s S5600 (essentially same camera, but 5.1 megapix vs. 7.1). A digital SLR is just too much camera for me, and i’m not a serious enough photographer to really justify that purchase. Therefore, an advanced point/shooter is my niche.

After a good play session on the mickster’s camera, and one more internet cruise looking for any reason not to purchase this camera, I finalized my decision and immediately withdrew the correct sum of money. I purchased the camera (Meijer. lol?) , a decent case for it (Best Buy), and then iced the cake with a UV filter and a Polarizer filter (Ritz camera). Unfortunately they only carried the Polarizer filter in a 49 millimeter size, so i had to also purchase an adapter ring to go from 46mm to 49mm. No big deal though, it was only like 3 dollars.

I haven’t had too much time to explore this camera yet, but here are my current likes/dislikes based on early opinions.

Overall, I am really warmed up to this camera and really looking forward to dig into its capabilities. The fact that this Camera comes in approximately 150 dollars cheaper than the comparable Canon Powershot-IS is legitimately unbelievable. But, I’m glad it does. Kudos to Fuji on this product. I am mos def a fan.

Lately I’ve been experiencing various issues with my DVD rom drive. It wont be detected, it wont copy files, it wont read files, etc. Overall this has been pretty frustrating lately because i have had several important medias delivered by way of DVD. This has led to probably hours of struggling, and general cursing at this inanimate object. Then, for some reason – at 12.30 a.m. on Friday (technically Saturday) – I decided to finally BRB this drive, seen here: 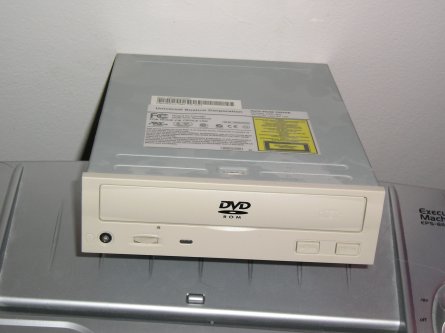 After BRBing this hidous piece of equipment (note, never buy “Liteon” product). I then set my task of making my external DVD RW/Cd RW drive work on my computer. First, a flashBack: for Christmas this past year, i purchased my father a nice new shiny DVD writer. A Pioneer, I believe… Part of that Christmas present to him meant that I got to take his old DVD RW drive, an external usb2 device, and claimed it as mine own. Now… finally… 5 months later… I tried hooking it up.

With the ease of installation and configuration on Ubuntu 7.04, i figured this to be a plug and play operation. Pretty much Neg. This external drive did not even get detected. I went at it pretty hard for about an hour, and finally gave up. I had surrendered all hope and succumbed to the fact that i would just buy a new DVD drive, an INTERNAL DVD drive. Then, at that exact moment, the fires that forged mickeyvb churned with a breath of fresh oxygen and took over my being. I began dismantling the external DVD drive. I detached cables. I took out about a dozen screws. I cracked and pryed the plastic shell. Pieces and parts flew. And after about 20 minutes of sodomizing this external drive, i was left with an internal drive (right) and some trash (left): 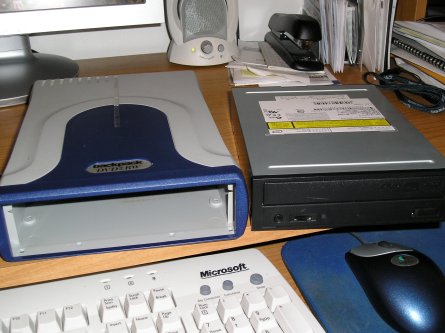 That shell looks alot worse in person, and there are many more parts to it not shown. After all this was said and done, this drive fit perfectly and worked perfectly like any other INTERNAL drive. It was a fantastic moral victory, and so i am no longer in need of any DVD drive. Although this one only writes at 8x – it will do. 🙂 Now i can concentrate on the AVIC D3 and a new Digicam.

In closing, here is a picture of my gato – she pawed at screws and sniffed things. Obviously trying to help me in my endeavors, but not possessing any opposable digits, she failed to provide any adequate assistance. 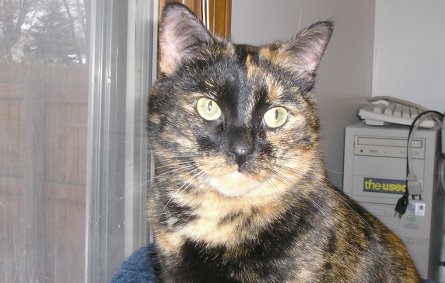 Forgive me father, for i have sinned #jorts #jeans

A fitting end to a night where the officials didn’t have a clue. If that isn’t targeting, what is? #Michigan

Oh my God I'm so happy

<3 support a good cause!
https://www.twitch.tv/tholdschoolgamer

How can the Lions blow this game in 13 minutes